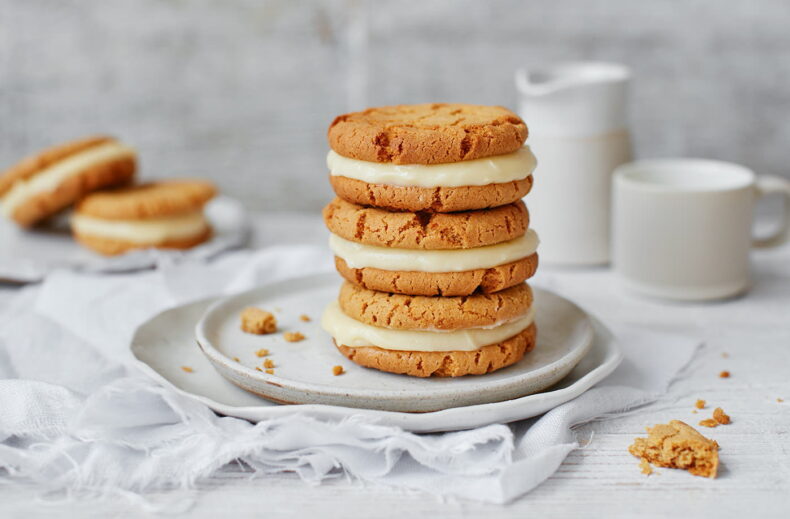 With a luscious layer of cream cheese filling, these lightly spiced ginger snap biscuits have an irresistible crunch and soft, warming flavour. They are perfect for an afternoon snack with a cuppa.