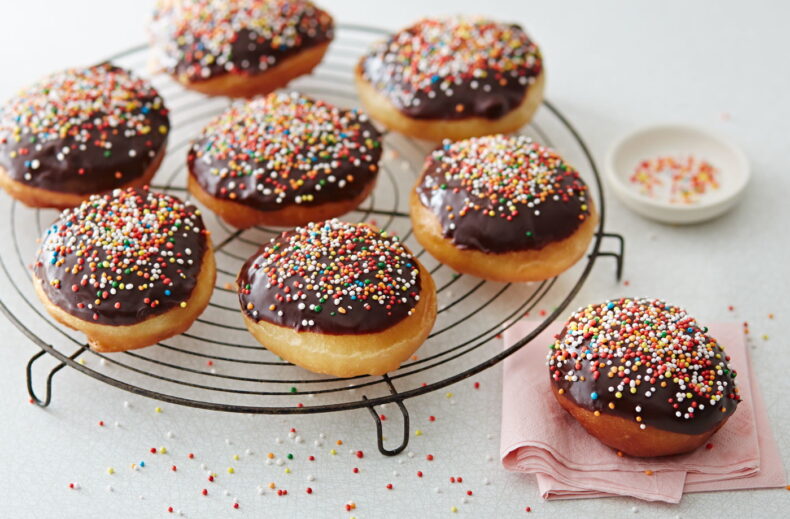 Doughnuts topped with sprinkles are sure to make you smile, and these chocolate dipped doughnuts won’t disappoint! Soft and fluffy dough topped with a rich chocolate and syrup glaze, with a scattering of sprinkles. These doughnuts take a bit of time to make, but they’re totally worth it.