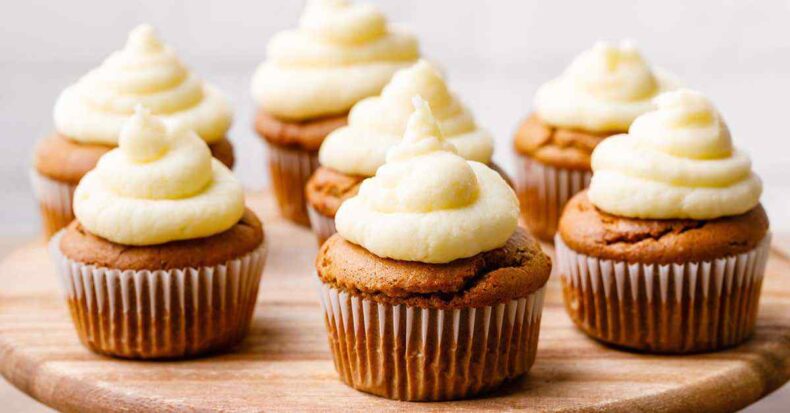 These pumpkin muffins with cream cheese frosting have the flavors of fall in every bite!