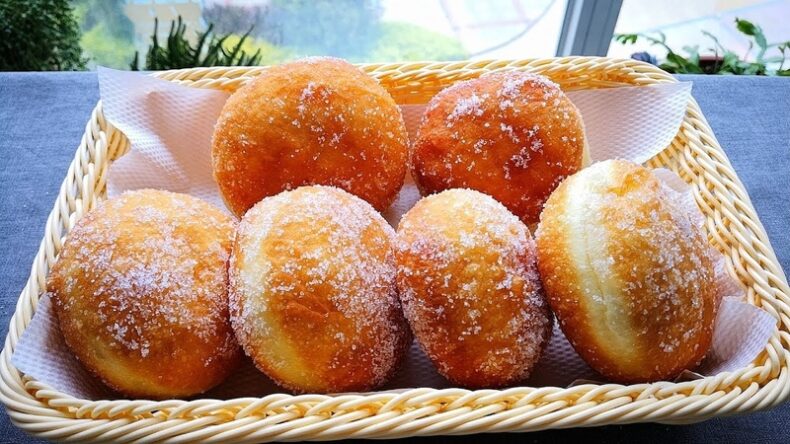 A good beignet has a puff of air in the middle after frying, they are best served with tea. They can be made in any shape you want, round, triangle, or squared.